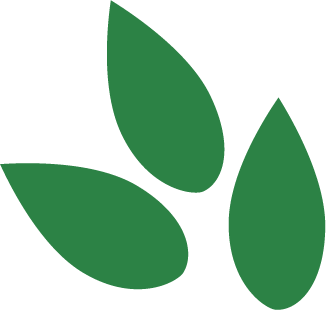 Agro-Top supplies and assembles Denmark’s best-selling PVC slurry tank covering for pig producers. Our PVC seal is strong and is delivered up to 1100 grams per m2, and with the welded carriers of the seal it is designed for Danish weather conditions.

By default, the seal has a large control hatch (2 x 4-6 m), as well as stirring hatches adapted to the pig producer’s needs.

Top plates and clamps are supplied in stainless steel and the center mast is built in Azobe hardwood or concrete.

A slurry tank covering for pig producers is an extremely sustainable investment thus the installation includes a 10-year guarantee for errors and deficiencies.

Manure contains large amounts of nitrogen, which provides good nutrition for plants and crops in farmers’ fields. About 30 million tons of manure are spread in Denmark per year.

Manure is mainly spread in the spring, when crops on the sown areas are growing. The plants absorb the manure best when they are growing. Therefore, the farmer’s slurry tanks must be large enough to accommodate a minimum of nine months of manure production. Agro-Top supplies slurry tanks from 500 – 7000 m3 as well as the best PVC slurry tank covering for pig producers.

Spreading slurry and manure from the harvest until February 1 of the following year is not permitted. By harvest is meant the period when farmers harvest their crops. This time may vary from year to year, depending on the weather.

However, it is allowed to spread slurry and manure from harvest to October 1 on established, hibernating grassland and in areas where there is to be sown winter rape the following winter. In fact, it is also allowed to spread manure and slurry from harvest to October 15 on areas with seed grasses, for which a seed breeding company has been contracted for the supply of seeds in the coming season.

For more than 10 years, Agro-Top has been supplying slurry tanks and tank coverings to pig producers in both Denmark and abroad. Spring has always been the preferred period for purchasing a new slurry tank and replacing or buying a new tank covering.

The slurry must be spread through hoses or by deposition. By deposition, the farmer’s machine cuts a furrow in the field, injects the slurry and then covers the furrow with soil. It is no longer allowed to mix the slurry with water and spread it using a water cannon.

All slurry on black soil and grassland must be deposited. When slurry is deposited, it limits the odor genes from, for example, the ammonia gases with up to 80-100 percent.

Which odor nuisance is caused by slurry?

Slurry smells because slurry in connection with manure release, among other things, ammonia, sulfur hydrogen and butanoic acid, which we are very odor sensitive to.

Slurry stores on pig and mink farms, which are established less than 300 meters from the neighboring dwellings, must always be provided with fixed tank covers in the form of for example a floating seal. This applies to all types of slurry tanks, but the farmer is allowed to avoid artificial covering if a natural float layer is established on top of the slurry, which he continuously checks.

If in doubt, you are welcome to contact Agro-Top for advice and non-binding offers on a PVC seal for your slurry tank system.

A great roof on the tank!

Throughout the years, personal service and a good relationship with the customer has been a top priority for Agro-Top. We have achieved this goal by being present in all aspects of the work process - from telephone calls to service inspections and to the installation of the customer's solutions. You will always meet us in person in every aspect of the process.

You are more than welcome to contact us for further information about our solutions. We are ready to contribute guidance and sparring regarding industry-related questions. Contact us and get a non-binding offer - it's all about getting a great roof on the tank!